Timely Documentary “Into the Canyon”

It is so timely during the Grand Canyon National Park’s Centennial Anniversary that the documentary, “Into The Canyon”, produced by the The Redford Center is now being shown on the National Geographic Channel.

In 2016 filmmaker/photographer Pete McBride and writer Kevin Fedarko set out on a 750-mile journey on foot through the entire length of the Grand Canyon. INTO THE CANYON is a story of extreme physical hardship that stretches the bonds of friendship and a meditation on the timeless beauty of this sacred place. It is an urgent warning about the environmental dangers that are placing one of America’s greatest monuments in peril and a cautionary tale for our complex relationship with the natural world. 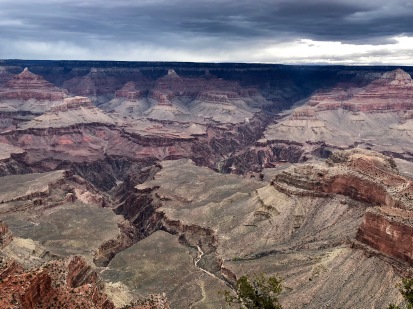 Timely as well because next week I will be backpacking on the South side of the Grand Canyon for 5 days to go from the Boucher Trail to Phantom Ranch and then out or up to the rim. But this documentary is more than just a trip log for the 750 mile trek through the Canyon from East to West. It is a great story about two friends who continue to take on adventures like this even if it means stretching their skills to the limit. Pete McBride is my kind of guy, no adventure is to large, while Kevin Fedarko provides the reality check and they end up complimenting each other for the good of the adventure. For backpackers the documentary is very realistic about the trouble you can get into. Thankfully for this team they have plenty of logistical support, but it is still realistic enough to be able to relate to their trials.

I am a Northwest backpacker where I primarily backpack up mountains. The Grand Canyon is about descending to the river. I first visited the Grand Canyon as a typical rim tourist last year. Even then I was not overly interested in taking it on as a backpacking trek. But as usual I watched a few videos and my interest was peaked. I started researching trails and connecting with forums to acquire the base information needed to commit to a trek which basically means I had to figure out where I would hike and camp daily so that I could submit a request for a permit. This was a bit challenging until a NP Ranger responded with some advice to allow me to select a trek route that a couple of old guys could accomplish.

The documentary takes on the Canyon from the extreme Northeast through to the end in the Southwest. My route reflects many of the challenges for which they encounter, however, I will be in a popular and somewhat supported section. It was great to see areas to the NE and SW of this main area for which I may very well need to return for future adventures. I like how they refer to the western section as the GodScape, however, as they progress west they also expose the over saturation of the helicopter tour business. The documentary also exposes the environmental concerns that have arisen from Uranium mining operations near the rim. I will have to deal with this by having to avoid acquiring water from certain uranium contaminated creeks.

Overall I highly recommend this documentary even if you are not a backpacker. The scenery is breathtaking and the message is important. And again I thoroughly enjoyed watching these guys make mistakes, because backpackers can relate.

1971 National Geographic Article on the PCT

My wife was visiting friends of ours in Oregon, mentioning to them that I was interested in backpacking on the Pacific Crest Trail, PCT. They quickly went down to their basement to return with the June 1971 edition of National Geographic that has a story on the Pacific Crest Trail. This is fascinating for many reason, the opportunity to read about their impression of the PCT in 1971 and the side benefit of being reminded by the magazines ads as to what was popular then. I loved Bell Telephones ad about providing emergency phones on a desolate stretch of Interstate 80 in Pennsylvania. However, the real treat was the article.

In 1971 the PCT was only about two-thirds complete as it had only been fully commissioned in 1968 (Public Law 90-543) in the establishment of a “National Trail System”. On October 16, 1970, Eric Ryback, an 18-year-old student, completed the first PCT thru-hike which probably stimulated the article. The writers definitely spent some time on the PCT and did realize the awesome gift that was being created for the outdoor enthusiasts.

The article itself allocated a lot of focus on the environmental pressures of the time such as the threat from smog in the LA basin or the over use of the PCT due to improved accessibility. So from a comparison 44 years later it is encouraging to know that the high ozone levels in the San Bernardino mountains did not kill all the trees and that wilderness use management has done a good job protecting the natural beauty of the PCT. Forest fires were of great concern back then as well. Significant credit was given to John Muir for educating our country about the value of this wilderness. And various mountaineers were recognized for helping to chart this trail. This was a treasure of a gift from the Chegwyn’s of McMinnville, OR.