I backpacked the Stevens Pass to Snoqualmie Pass, PCT Washington Segment J from Aug. 8-16, 2015. It is 71 miles and over 18,000 vertical. This trip on the heals of my Spider Gap Buck Creek loop was challenging in many ways, most of which was related to heat, lack of water, lots of vertical and smokey conditions. Overall though it is a very dramatic PCT segment complete with very rugged and beautiful terrain.

Starting off at the Stevens Pass Ski area was kind of cool thinking about how I might ski those runs that I was hiking. I was also treated to an abundance of huckleberry and blueberries for the first couple of days. 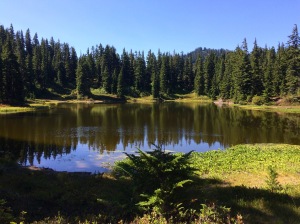 My second day I had my sights set for a campsite on top of a mountain but along the way I passed many lakes of which I think the most beautiful was Mig Lake.

At my mountain top campsite at PCT 2450 which was after a typical 3000 ft vertical climb day I had Trap Lake behind me and a beautiful sunset waiting ahead of me. One of the best campsites I have chosen. 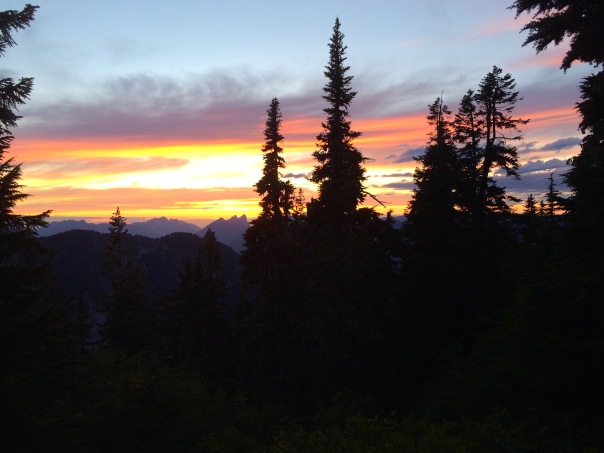 The following day I planned on camping at Deception Lake, however,

Jets over the Wilderness

I was not that impressed with the options and I knew it would end up being crowed with the many through hikers now hitting this part of Washington. I pressed on and found a great campsite just south of Deception Creek at PCT 2442. The photo showing the jet exhaust trail represents the many jets that you hear flying over this area out of Seattle. You never see the military jets which fly lower and louder.

The next day I climbed past the Cathedral Rock area but overall I took it easy and ended up at Deep Lake which offered a great site for a swim. Deep Lake still had water flow but it was low and the lake was warming up.

I knew that I had a tough high vertical day coming up so I also took it a bit easy the following day in preparation to climb over Escondido Pass. I knew that water was going to be an issue and when I realized that my Camelbak bladder had leaked I was a bit concerned.

I did find a trickle of a stream where I filled up a Nalgene liter but I would need more. This was a long and exposed segment that turned out to be on one of the hottest days along with a lot of smoke sneaking into the area from the Washington forest fires. 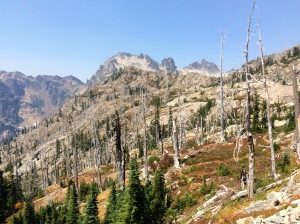 There are a couple of dead lakes on top but who wants to drink warm water. It turned out that I did not have enough water or energy which made for a very difficult day. Boy was I happy when I finally got to a cool stream over near Lemah Meadows. I setup camp as it was getting dark and I collapsed for a night’s sleep to recharge. I did experience an interesting event that night as I believe a large buck must have been startled by my tent which was fairly near the trail. This was at 1:30 am and this buck sounded like he raised up and pounded his hooves 3 times right next to my tent. Nothing I could do but just lay there. Or maybe it was just a very real dream.

I took it easy the next day in preparation for more climbing.

My plan was to camp near the Park Lakes area which turned out to be as far as I could get before the rain set in.

In all of my backpacking I have been extremely fortunate with respect to weather, rarely have I endured a serious rain. Well that all changed with a night of wind and rain which was sorely needed by the draught stricken mountains. I did choose a good campsite next to a lake on top of ground shrubs which made for good drainage for the night long rain. The video gives you an idea of how pleasant the night long rain was.

The following day turned out to be a lot tougher then I expected, lots of up and downs, but the misty weather made for excellent hiking conditions.

This is very scenic terrain and doing it in the clouds made for a unique day. Again my day stretched to the end of my energy just in time to make camp at Ridge Lake, just before it started raining again.

Hiking in the Clouds

Not so bad, just persistent. But this was my last night on the PCT since Snoqualmie Pass was over the next pass. Of course the sun came out just as I got on the trail. It would have been nice to have had the sun to dry some things out before heading out.

However, the rain brought crystal clear air for some of the most beautiful terrain left on the segment. This is a very popular day hike segment for the Seattle folks so I passed hundreds of them as I headed down to Snoqualmie Pass.

Then you see Mt. Rainier and you can get cell service. This all translated into a wonderful finish to this PCT segment. After getting my resupply at the Chevron Station and showering I enjoyed a few craft beers from the Dru Bru Brewery. 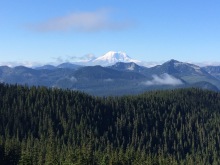 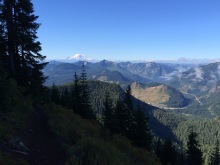 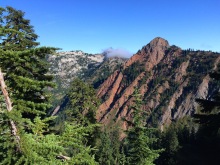 Heading down to Snoqualmie 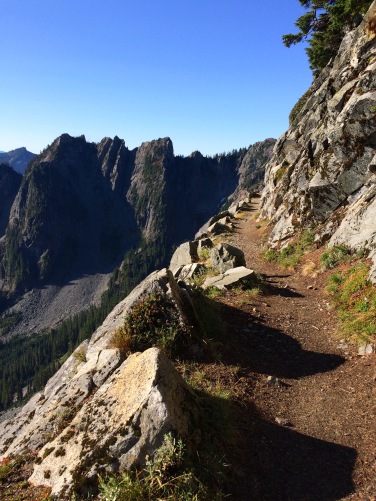 Just returned from my best backpacking trip ever in the Goat Rocks Wilderness area in between Mt. Rainier and Mt. Adams in Washington. I was there July 27 – August 1 and the weather was as perfect. The mosquitoes were a bit aggressive but manageable. Overall the trip probably included about 33 miles and 5000 ft of vertical. I have returned to Goat Rocks with less favorable results as with my Smokey Trek in 2018. The loop option I chose was from the Berry Patch Trailhead heading up the Snowgrass Trail to the bypass over to the PCT. That section of the PCT gives you good campsite options with access to Cispus Pass and Old Snowy.

Typically there will be a good snow fields to keep you cool as you hike to Old Snowy. 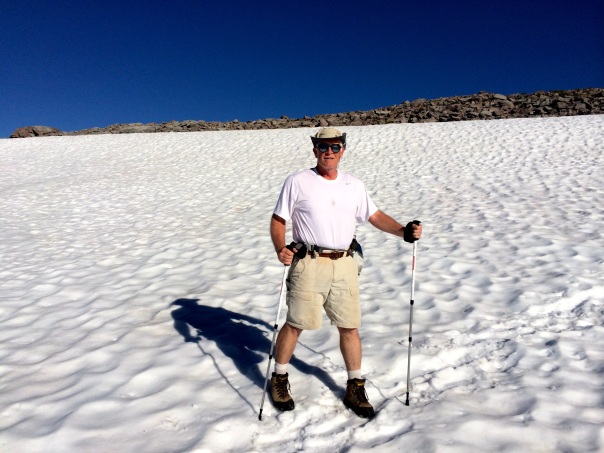 Snow on hike to Old Snowy

When you have tired of the PCT portion of the loop take the short trail link over to Lilly Basin and continue on to Goat Lake. 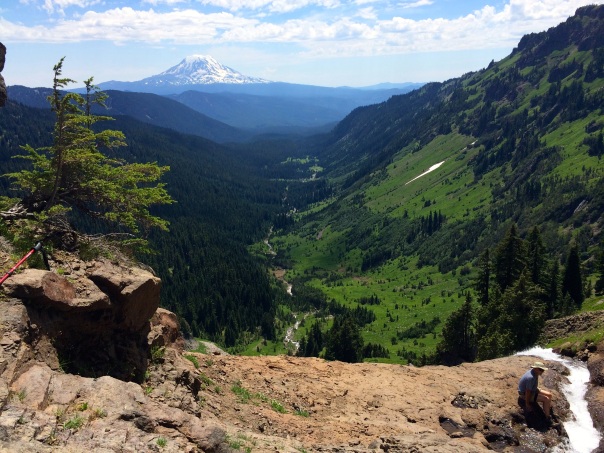 This video of the falls below Goat Lake tries to convey the enormity of the area.

The campsite below Goat Lake is primo, however, there are many spots up and around Goat Lake. 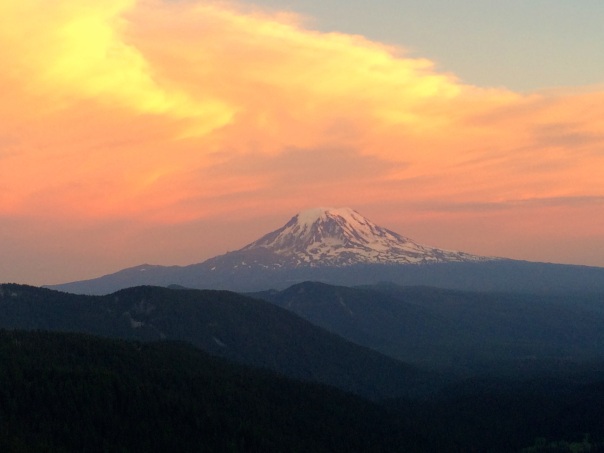