Bull of the Woods

My first backpacking trip that I took when I moved to Oregon in 2004 was on the Dickey Creek Trail.

I think I found it in a book of hiking trails. It was good but I never got high enough to discover the vista views that are abundant in the Bull of the Woods Wilderness. The ridges that surround the Fire Lookout Tower offer great views. So it was time for a short backpacking trip and the Bull of the Woods area caught my interest. 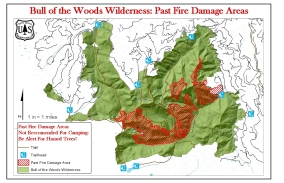 Surprisingly I was not finding that many good trip reports but it did look like the Pansy Lake Trailhead would be a good bet to launch. It appeared that I had a number of loop options but those diminished as I discovered the trails that were not being maintained. I discovered that the Mother Lode fire in 2011 severely impacted the area keeping me from venturing further south. So I adjusted my trip to camp the first night at Lake Lenore and then evaluate if there was more to see for a second night. Link to FS Map with my Route

Hiking to Lake Lenore was a fairly difficult 4.7 mile trek with plenty of vertical and some snow to navigate. The trail was in good condition except for snow on the drop down to the Lake Lenore Trail. There is a nice overlook just after Pansy Lake which worked out well for a lunch break. After that you would occasionally get great views of Mt Jefferson. Once you got to the junction for the Bull of the Woods Trail and the the Mother Lode Trail #558 you got your first view of Mt Hood. 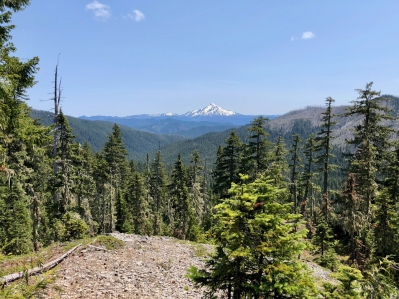 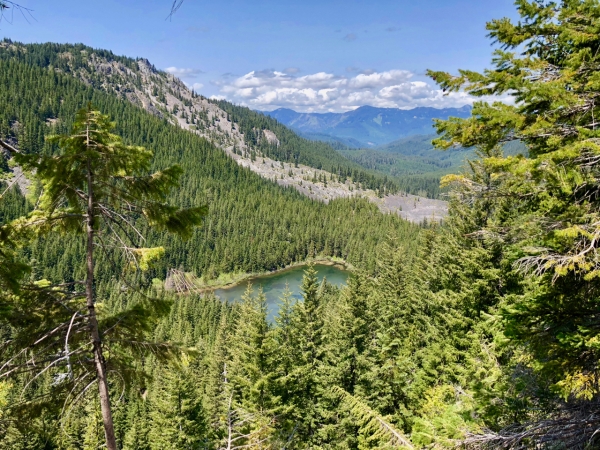 Continuing on to the drop down to the Dickey Creek Trail junction for the Lake Lenore Trail, I had to navigate a fair amount of snow but nothing difficult. 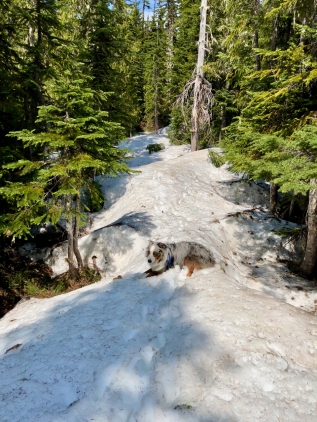 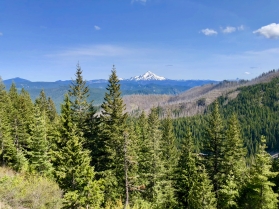 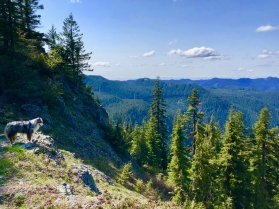 I was planning on camping at the Lake Lenore, however, that whole area below the last ridge was burned from the Mother Lode Fire. 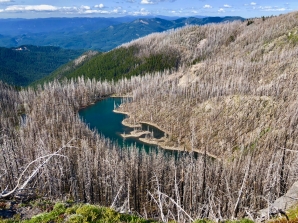 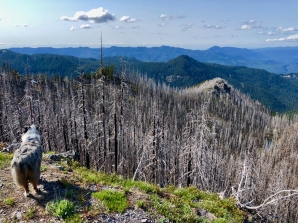 I decided to camp on the ridge which turned out to be just beautiful, but I needed water so I had to hike down to the lake. This hike for water was quite a task as the trail was almost nonexistent on a very steep grade probably due to the fire damage. The forest floor is recovering with small plants but it has a long way to go before trees reappear. Camping on the ridge is a nice option, however, very little flat area for a tent.

Mosquitos are an issue in the Bull of the Woods which is another reason why you may want to camp on high ground where you have a bit of a breeze. But I also love to camp high up with a view and this one gave you the Oregon Cascades. 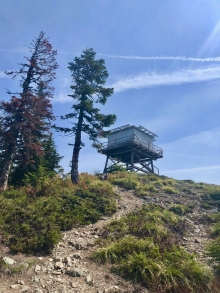 The next day was focused on visiting the Fire Lookout Tower with the option for another night but the options for this area really lean towards a single night trip. The hike back to the fire lookout tower is mostly a return to join the Bull of the Woods Trail. 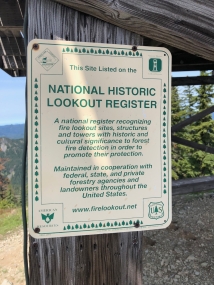 The tower was perfectly located to provide a view of any fire activity from the Sisters to Mt Hood. It is appreciated that the tower is protected in the National Historic Lookout Register. I was the only human at the tower so I thoroughly enjoyed just hanging out taking in the view for a few hours. I took many photos and as with my previous night’s campsite there is fairly good cell service here which I believe is received from Mt Hood. With the cell connection I was able to do a live video on facebook to let all my friends back in the midwest get a taste of the wilderness. 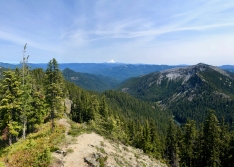 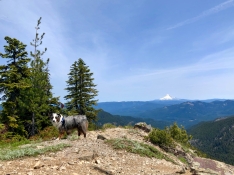 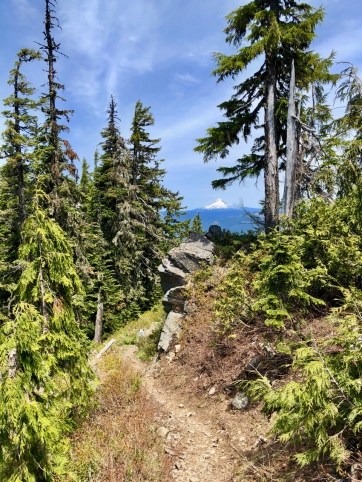 I thought about camping another night but it was early afternoon meaning I needed to accomplish more. I considered another spot down the Bull of the Woods Trail but ended up deciding to head for home by way of cut over trail to the Pansy Lake Trail. 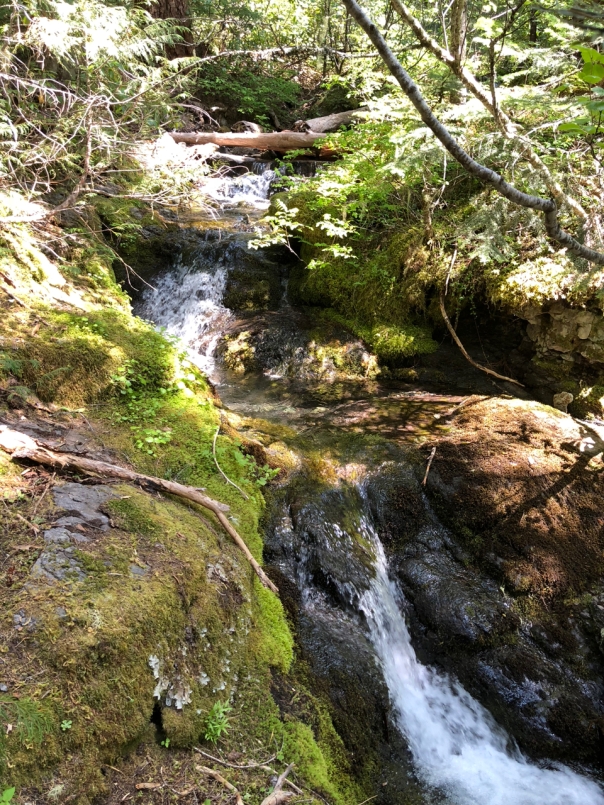 Here are some flower memories. 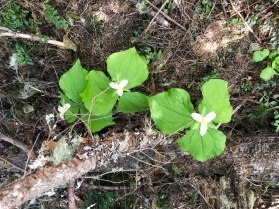 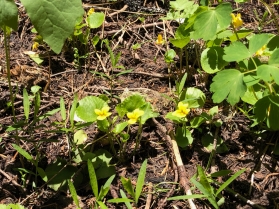 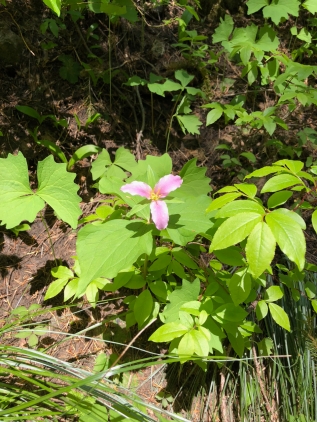 This trail did have a number of downed trees but none were a problem to climb over. Back to the car and ready for the drive out on NF roads that are in great condition.

Here is a nice post about the History surrounding the Bull of the Woods Fire Lookout     By Cheryl Hill, Board Member, Trailkeepers of Oregon