I Am a Backpacker

I recently updated my Linkedin Profile which I have not visited for a few years. I added that I had joined the Board of Directors for an Augmented Reality Art Marketplace company. That triggered many responses from my contacts with congratulatory comments. This seemed a bit odd but that is how Linkedin works. It was rather fun trying to figure out who really initiated the comment vs which ones were automatically generated.

However, this got me thinking about how I might edit my occupational information to target a more representative audience for what I really do. I had listed that I am retired with many interests and activities. But what should really stand out is that I am a backpacker, a Serious Backpacker. And that realization prompted me to write this post.

I have been a backpacker for a long time but I have only ventured fully into the pursuit of backpacking for the last 4 years.  What I mean by that is I have found that it’s something I enjoy so much that I want to do it like it’s my full-time job.

I went back and read the post I wrote before my first backpacking trek. It was titled Backpacking Tomorrow – Yes, and reading it brought back all of the excitement and anticipation that I felt on that day. I was starting a new job and I was not sure how it would turn out. I was also unsure about whether I could really commit to this job or would it continue to be a hobby. That was June of 2015 and I was 61, considered a bit young for retirement, so I was noncommittal about this career change. That first year of backpacking is documented in my book, A New Path.

In 2016 I did return to my previous career, committing to a year as an interim CIO in higher education which proved to be pivotal in my decision to officially retire in 2017. I wrote a post then expressing a more definite commitment to follow a career as a backpacker. In that post, What Retirement Means to Me, I had better formulated what a backpacking career might really mean. I referred to a post by Cam Honan, author of “The Hiking Life” entitled “A Natural Progression“ which is the best description I have ever read about why I am drawn to the wilderness. This is about the time that I transitioned my blog away from technology in higher education to become The Adventure Continues. And I formalized my life Philosophy in a post, Strong Finish, where I equate life to a basketball game.

Retirement became official for me 2 years ago and I was totally at peace with the decision to transition to a new career as a backpacker. Now this decision definitely puzzled various friends and family, but they kept quiet and let me give it a whirl. Sure I could have worked a few more years which would have given us additional financial security, but I knew it was time to move on. Backpacking would require excellent health and fitness which I knew I still had, but I also have some health liabilities. Both of my hips are made of Chrome-Cobalt and I have a history of back problems which motivates and requires me to stay physically fit. It was this concern about health that has been a recent issue and another stimulus to reflect with this post. Improper lifting combined with skiing resulted in a sore lower back which I do believe will be OK, but I take these scares very seriously.

I do enjoy watching the many strong young backpackers out on the trail. I was once one of them and I often wonder what if I hadn’t been lured into a professional career. Of course the desire for a family does influence those decisions, but I have no regrets. My professional career in technology which allowed me to be a part of the computer revolution has been a great adventure. Which is why “The Adventure Continues”.

Over the last couple of years when people ask what I do, I reply that I am retired and I do a lot of backpacking, and I typically get a look that solicits more information. I give them a few more details about backpacking but soon offer up that I am also helping Habitat for Humanity ReStore’s with online sales, or mention my involvement with some technology startups. On the ski bus last week a lady told me that her husband was a golfer and I gave her that questioning look and she reiterated that he is a golfer, that is what he does. Maybe that is when I realized that I am a backpacker, that is what I do, I am a Serious Backpacker, or my occupation is Backpacker. And I cherish every moment I have left in this career.

My simple definition for a Backpacker is “anyone capable and willing to carry what is needed to survive in the wilderness”. So what defines a Serious Backpacker? Experience is obviously a key so I suppose the many backpacking treks documented in my blog validate my experience. But it is really about the mental, physical and financial priority one places on backpacking throughout the year. Backpacking is seasonal at least for scheduling major treks, but as a serious backpacker I am always planning and doing research to amass significant resources in support of my profession. I’m always watching YouTube backpacking videos partly for entertainment but mostly for research to determine if a specific trek is worthy of my wish list. I have many affiliations with regional backpacking forums and I have cultivated numerous relationships with other serious backpackers. So yes, I am a backpacker.

This upcoming backpacking season is more representative of this commitment. I have been formulating a backpacking business plan made up of opportunities that I want accomplish. It is a wish list for my career which includes some items from my life’s bucket list. I have been eliminating the easier items and adding more aggressive ones. This is about expanding my comfort zone to take on treks that push me physically and mentally. I have realized that business expansion may require teaming up with other Serious Backpackers who could help facilitate and enhance the adventure. But I have also confirmed that finding other capable backpackers in my age group is a bit of a challenge. 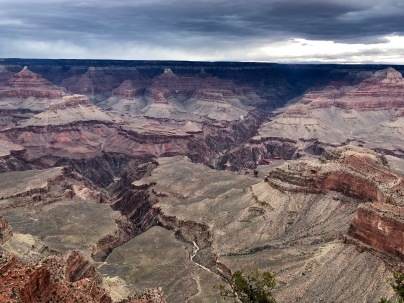 In 2 weeks I will be backpacking for 5 days in the Grand Canyon from the Boucher Trail to Phantom Ranch and out by way of Bright Angel. And I am doing it with, Judd, a recent backpacking acquaintance who I met on the Timberline Trail last year. I will do the Timberline Trail again in June and will make this trek an annual occurrence as a way to gauge my backpacking health. I will be checking off a trek that has been on my bucket list for a long time, the Lofoten Islands of Norway.

This story is more complicated which I will expand upon when I complete that trip report, but I plan on doing it with a Serious Backpacker from Switzerland who I have met online. That trek will be during the first 2 weeks of July. Then I figure that I will be in good enough shape to complete the season by doing the entire Colorado Trail with Brook of course.