I did have a degree in chemistry so I was checking out job opportunities and wouldn’t you know it, I landed a job as a chemist for Colorado UTE Electric Association’s power plant in Craig Colorado. I was probably never thought I would work as a chemist, but then again, this was not serious chemistry. A Chemist for an electric generating station had to perform basic water, coal and emissions testing that really just required some knowledge of chemistry and the aptitude to learn. Plus they did not pay very much so they were definitely looking for novice chemists. But it was a real job, working for a real company, so I had to adapt to this new culture.

When I started work in late 1978 there was one new 400 MW plant in operation and a second 400 MW plant about ready to be started up. Colorado Ute was sort of a conglomerate of rural electric associations based in Montrose providing electricity to the western slope of Colorado. However, the power plants planned in Craig were more about satisfying the electricity needs for California. Plus new environmental concerns were forcing electric utilities to be more responsible about the dangerous emissions that had been polluting our country since the industrial revolution. I had no clue how electricity was produced, but it sure did look exciting. This was all happening in Craig, CO, because of easy access to fairly good coal.

Accepting this job ushered in all sorts of new responsibilities. Where to live? Craig was a boom town now with no available housing so Colorado Ute built a mobile home park on the outskirts of town and that was the only option.

We went to Denver, bought a 14×72′ furnished mobile home for $14K that would be delivered to Craig. For my first week of work we stayed with friends in Steamboat Springs, however, I never made it to work on my first day. It 49 degrees below zero and my car was totally frozen. It was devastating for me to make that call to my new employer telling them that I could not start my car. Our mobile home was delivered at the end of that week, however, utilities would not be hooked up until the following week. Connie and I went to Craig to check out our new home that weekend and decided to actually sleep in the dark cold trailer one night. We were a bit naive thinking we could be warm enough sleeping on our new bed when it was below freezing outside. I swear the trailer felt 10 degrees colder inside. But we were excited about this new life, it was truly going to be an adventure.

Work as a chemist was fairly easy to learn, we were mostly concerned about calcium in the water/steam that could plate out as silica on the turbine blades along with the BTU and sulfur content of the coal we were burning. 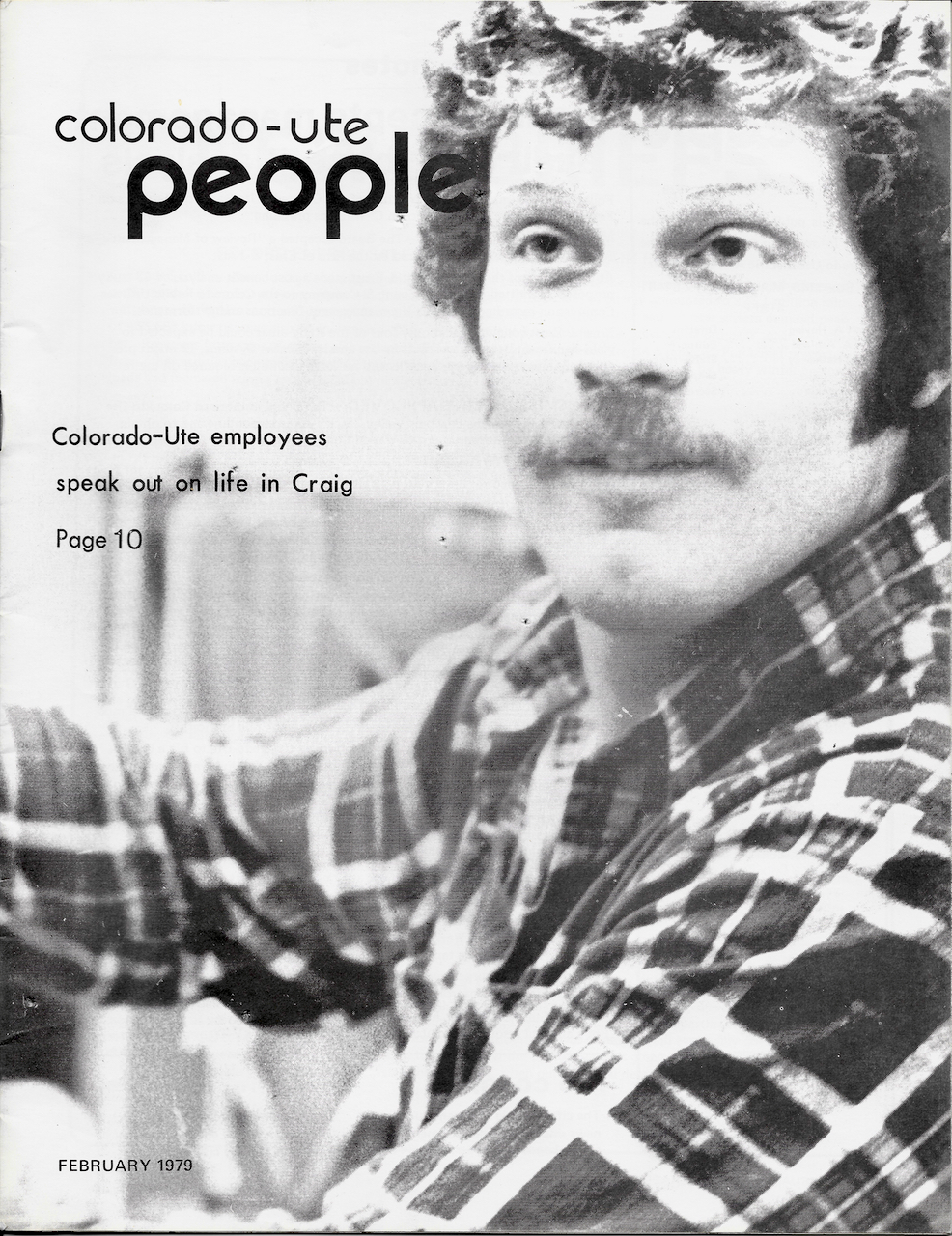 I was rather surprised when I appeared on the cover of the Colorado-Ute magazine highlighting an “article about what life was like in Craig, CO“. The startup of the second generator was exciting as there is great concern and optimism associated with such an engineering feet. Here is an article from the Unit II Dedication about our Environmental Effort that I am mentioned in. Overall I was into this sort of professional life. Connie worked as a bank teller but then doing research for a local Title Company.

We must have assumed we might stay in Craig because we bought a 5 acre plot of land that we planned on building a log house on someday. Craig, CO, was a unique experience, good people but also a bit rough. I played in a basketball league and a flag football league where I was the quarterback until I got my jaw broken.

I got to ski a fair amount in Steamboat and definitely took advantage of the surrounding wilderness for hiking and fishing. Oh yes, we added another animal to our family. A local rancher, Joni Voloshin, who worked with me offer to give us a beautiful Red Australian Shepard if we agreed to let her have a litter of pups. The local ranchers were trying to increase the population of Aussies so to help prevent them from being stolen.

This job as a chemist was good in that I now believed I could do so much more. Our lab’s new Varian Atomic Absorption machine opened doors for me especially thanks to the HP 85 Computer that controlled it. I discovered that I could program these new micro-computers to do so much more. 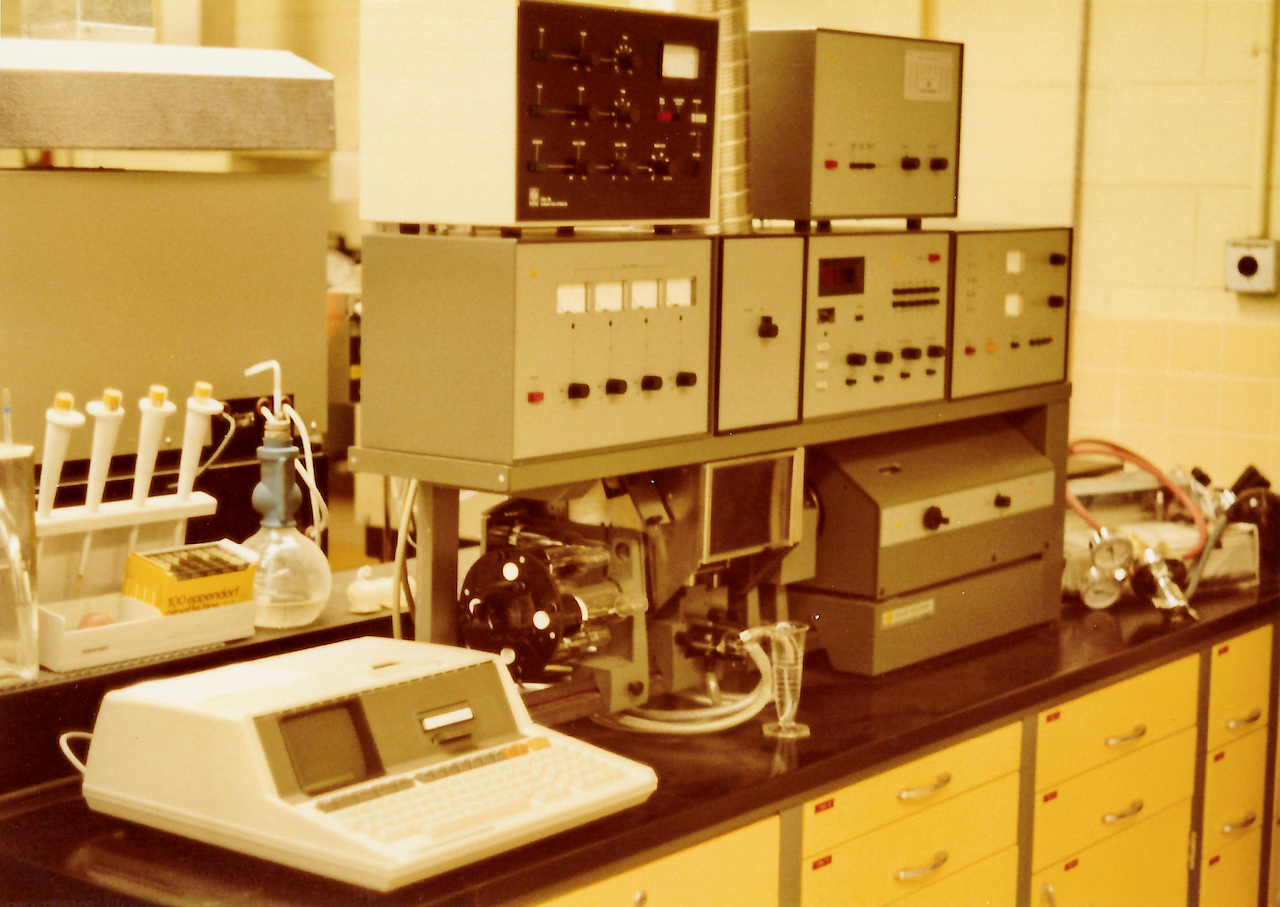 I was becoming restless and believed that I should make more money as a chemist so I applied for other power plant chemist jobs all around the country. I got an offer from NIPSCO, Northern Indiana Public Service, to work at a plant in Gary, IN. I was young and into the Adventure but who in their right mind would move from Colorado to Gary, IN?

I decided to advance my career as a chemist by applying for jobs with more opportunity. Somehow I ended up in Northern Indiana working at NIPSCO’s Mitchell Power Station.