← IT Facilitating Teaching and Research
Providing Technology that Students Actually Use →

Be Supportive not Restrictive

I was outside recently watching our Research Support Student employees fly our helicopter drone over campus capturing some great autumn video. 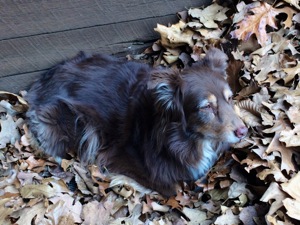 I also had my dog, Abby, with me since I designated it to be “bring your dog to work friday”. Well Abby was generating some interest from students homesick for their pets while I got into a conversation with a couple of our IT Support Services Student employees about their programming ideas. These ideas come from our encouragement for our student employees to explore ways that we might improve our business processes. The idea was about a web app that the student workers could use to trade shifts with their coworkers. The gist of the conversation quickly focused on their perception that IT only recommended development based on Perl. Well he mentioned this to the right guy, actually the boss, but really what a ridiculous perception that obviously had roots from the past. But that type of preferential influence will not fly today.

Perl does have a significant development presence here and there is nothing wrong with Perl, but that should not dictate the requirements of future development. The student asked if he could develop in PHP but was told that PHP was not secure. Well maybe that a general statement with some merit but probably not of concern for a student employment shift sharing application. The student actually wanted to use Python and then our conversation steered toward new ideas like the possibility that WordPress might be utilized. My major point with bringing this up is that we in IT have to be cognizant of the influence we convey and that our way is not the only way. IT should remember when they were the radical adopters of new application platforms. Consider the fights they must have had with cobol and fortran proponents.

← IT Facilitating Teaching and Research
Providing Technology that Students Actually Use →